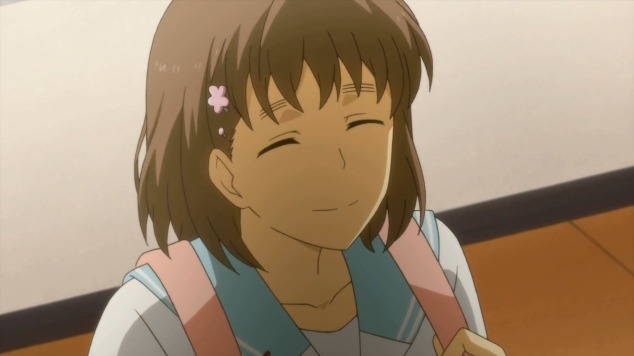 Why is Kaizaki still struggling in school? Is he just an idiot? He’s seems quite in tune when it comes to solving the problems of other people, so what is it that keeps him from solving the problems of a high school test? While there does seem to be a reason narratively for his continued failures (and I’ll get to that later), there doesn’t seem to be a reason for his ineptitude as character. We don’t get to look at the contents of his test or the details of his study regimen. All we know is that Oga is a great student, but even he can’t seem to help Kaizaki for some reason.

It’s a running joke that feels almost in poor taste, like laughing at a homeless person for being homeless. We don’t really know what’s holding him back, and so all we can do is chuckle at his pathetic results. Or at least that’s what the show thinks we’ll do, emphasizing this through every shrug and laugh at the expense of each of his blunders. When Kaizaki fails another test, no one feels sad or remorseful for him, and even he doesn’t like to show his anguish for too long. Someone will call him a “baka”, and then he’ll overreact in a short burst or hang his head low for a second in sorrow before inevitably bouncing back. 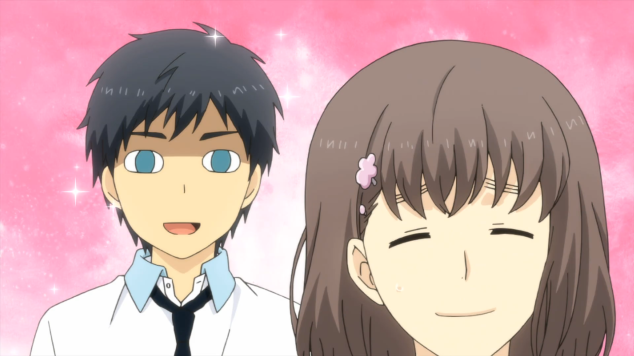 The “bouncing back” part seems to be what’s important to take away from all these encounters. No matter how many times Kaizaki falls, he picks himself up, which seems to be a change from what he was before ReLIFE. This is supposedly due to the people around him. Now that Kaizaki isn’t alone, he doesn’t want to just give up. His friends are there to help push him forward, to lean on and for him to try to keep up with. As to how this “power of friendship” theme is going play out, we’ll have to wait and see. I still want to see why Kaizaki is struggling in the first place though, because with the limited observations of him so far the only conclusion I can come up with is “he’s dumb”. And I want to believe there’s more to him than that.

Anyway, this episode was barely about Kaizaki at all. Now’s the time for the weird eye-browed, sports girl to shine! Honoka’s theme seems to address the troubles of having such an immense amount of talent. Yes, being the best has its fair share of disadvantages, and the one being touched upon today is the abundance of envy and bitterness from everyone beneath talent. When you start from the bottom and reach the top, people will most likely respect you for it. However, when you’re already at the top and just manage to maintain it, some might think you’re less deserving.

Honoka has been experiencing this sort of backlash and hatred for what seems to be her entire life. In this episode, she overhears her jealous teammates talking about her in the locker room. This puts her in the very awkward spot, as she’s left with basically two options: 1) Give up sports so that the other girls can feel good about themselves, thereby wasting her own potential or 2) Fuck the haters and keep playing, which sounds like a good idea except for the fact that it’s hard to play volleyball on a team that despises you for being yourself. Luckily, Honoka has Kariu, a girl that tries her best and doesn’t blame Honoka for her own shortcomings.

But then, the most blunt and cliché way of introducing drama into something sports related happens: Kariu has an injury. A sprained ankle during practice is going to cause her to miss the tournament, and of course she takes it out on Honoka. Honoka apologizes even though it really isn’t her fault and then Kariu goes off on her, showing that deep within her she holds the same resentment as everyone else. So Honoka leaves the room crying because she thought Kariu was the one person that understood her. 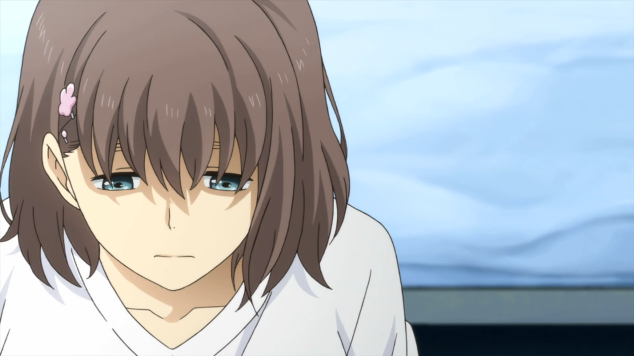 I’ll be honest, I’m not very interested in seeing how this predicament becomes resolved. I’m sure Kaizaki will have something to do with it, but Honoka just seems too far from the main cast for this to be important. At most, I feel this arc is just going to be another thing to add Kaizaki’s ever-growing list of good deeds. But maybe he learns something that’ll be important in the finale.

Oh, and another quick note on the music for this show: I’m not a music expert by any stretch, but this show has gotten me much more in tuned *maniacally laughs at own pun*. I noticed that in the moment where the gym teacher reminded Honoka that she was essentially better than everyone else, the piano suddenly became very intense, as if to accentuate the tension in Honoka’s mind and how she feels about her talent. While I understood that’s what they were going for, I felt the music was more loud and distracting than it needed to be. I wonder if the moment would’ve felt better if when Honoka’s talent gets mentioned, the piano stops on an off-key and remains silent for the duration of the tense encounter. Just a thought.

But seriously, why are her eyebrows just 3 pencil lines?