A very beautiful and thoughtful show that has strange mouths for its characters, but I kinda like it that way. March Comes in Like a Lion handles the contrast of the different aspects of Rei’s life exceedingly well. You can really feel the stinging unpleasantness of Rei’s adoptive family through the dark imagery of his past and his interactions with Kyouka, who relentlessly pries into his life and fills his mind with cynical thoughts. On the flipside, his time spent with the Kawamoto family is almost excessively delightful, as shown by so many comically overdone bits like Hinata’s morning rush to prepare for school. The difference between Kyouka and the Kawamoto’s can be pretty accurately described with the context behind their smiles. While Kyouka offers only a sly grin fostered by years of cold, concentrated resentment, the smiles the Kawamoto household give off nothing but a sense of overwhelming warmth and compassion. As the show progresses we casually delve deeper into Rei’s past. While learning who Rei is and what he’s been through could be considered the primary reason to follow through the story, his interactions with other characters is what really compels me to keep watching. Be it the tense situations or the blissfully comedic ones.

I’ve already review this one, but as a quick recap I’d say the show is gorgeous and unique. For the first 3/4ths of Flip Flappers, it decides to show its story rather than tell it. Playing with the infinite possibilities of settings that the plot allows it to have, this anime seems to have a great grasp of environmental storytelling and whimsical parody. The three main characters are a solid focus for the show, but when the plot tries to expand itself it starts to lose that focus to concentrate on mostly characters that might be better off in the shadows. 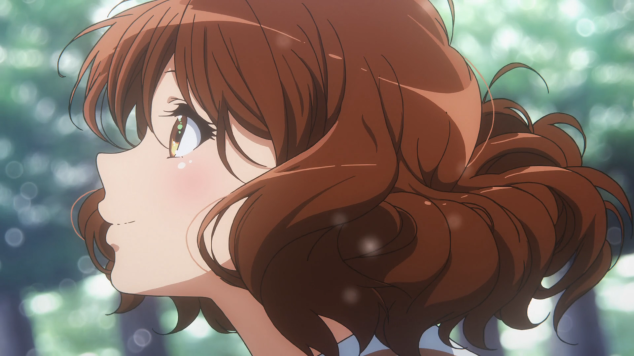 Also a show I reviewed, extensively. But for the sake of those that might not have read it: This season reach new highs and new lows for the series, averaging out to a little lower than the season that came before it. In this, Kumiko is now the convenient center to all of the band’s problems, and while it’s not always up to her to fix them, I can’t but feel it’s a little weird that she has to so involved. The narrative’s reliance on her could make one expect she might be building up to be a leader, but that’s not the case at all. Some characters from last season make their appearances a little too frequently, even though they don’t develop or help Kumiko develop as characters. Specifically, the two girls out of the main four that aren’t Kumiko or Reina. They show up to usually be comical and remind the audience of their existence, but really they would’ve been better off taking a backseat for the season. Neither of them had any real role to play in any of the meaningful plotlines this season, so it just feels a little annoying when they’re around as it detracts from the issues at hand. Other than that, the show is just as gorgeous as it has ever been, and it has those standout moments that will certainly not be forgotten.

Here’s a show that pretends to do something new with the whole “death game” sub-genre, only to end up devolving into one of the most basic, bloodiest, and boring death games I’ve ever seen. At the beginning it announces its first seemingly deliberate but ultimately just arbitrary rules for a game that isn’t even immediately presented as a death game. There’s an element of surprise to be had by the way its set up, but the surprise is quickly dealt with and moved on from, as the show turns into a murderfest in almost a blink of an eye. The way the show plots the fights and deaths of these girls is fairly well done, as it often shows its understanding in applying practicality to specialized magic powers. Other than that, I’d say it’s a good thing this series was contained into one season, because I certainly would not look forward to another.

This show offers a pleasant cast of weirdos with very original quirks. It’s a simple comedy-romance at its core, and it doesn’t ever really become more than that. It has a myriad of jokes, so at least some are probably going to hit. The character relationships are all dysfunctional, and romantic tension between them gradually builds and then eventually pays off. WWW.Working!! is plain fun time that left me with smile, but not much more.

Here’s one that I didn’t pick up at the start of the season. I’m certainly glad I ended up doing so however, because what a heart-stopping good time that turned out to be. Yuri!!! On ICE currently stands at the top of my list for anime that have made me gasp the most times in one season. The show’s performances are nerve-racking; I find myself holding my breath every time Yuri goes into a jump. For a piece of fiction, the competition feels unbelievably real. As we’re able to hear what’s in the skater’s mind when they’re on the ice, we’re truly able to feel what’s a stake, because it’s certainly more than just a gold medal. It was also really heartwarming to see Yuri and Victor’s relationship develop, but it makes me wonder how Russia would actually feel about that (you know, due to the whole rampant homophobia thing).

One thought on “Final Thoughts on Anime Fall 2016”