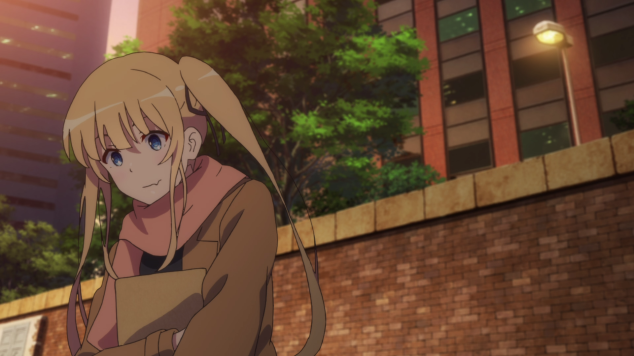 I know I said last time that I’d have another Persona feature to share before I go back to writing about anime, but I figured because this season is almost over, I should touch upon the things that I wanted to before they become no longer “currently airing”. Just know you haven’t heard the last from me in regards to Persona 5, a.k.a. the best game ever made with best girl ever made (Makoto).

Fictional shows about the process of creation have always been somewhat of a comfort food of mine. While usually not as educational as a full-on documentary, mocumentaries and slices of life with a focus on creative work life have always piqued a very special intrigue in me. I consider myself a creator after all (though not quite an accomplished one, yet), so it does feel valuable to me to see things like the struggles of creation/production, and also feels incredibly entertaining when seen through the lens of a more focused, idealistic perspective. 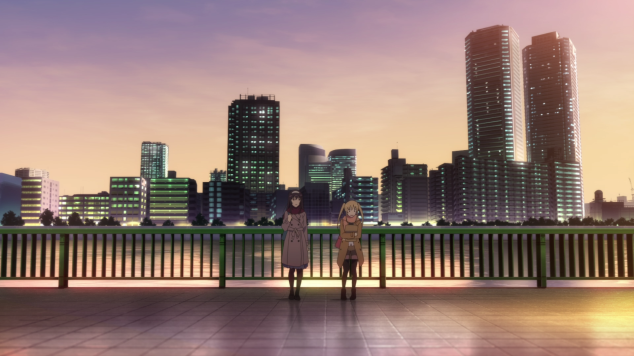 From some shows I can get interesting, realistic insights into the industry (like Shirobako), and in others I can find more subjective wisdom from the minds of the creators themselves. What the world looks like in the eyes of a “creative”, what it means to be an artist, what defeat feels like and how to pick yourself back up: lessons like these can always be repeated because creation is a constant struggle, not a state of being, and so it’s nice to have vicarious reminders every so often.

One more plus side that these kind of settings entail is that they allow for characters to be more “meta”. I’m a sucker for self/genre-referential humor, Abed from Community being one of my favorite characters ever made. An intelligent acknowledgement of what came before goes a long for way for me, as an understanding of one’s own genre conventions is key in finding a way to differentiate oneself. References rely on the viewer knowing something outside of the show they’re watching, and while sometimes that might leave some feeling excluded, those that do understand any given allusion get a nice little sense of vindication for knowing trivial facts that ultimately have no use in the real world. But who needs the real world anyway? 2D girls are much nicer to me. 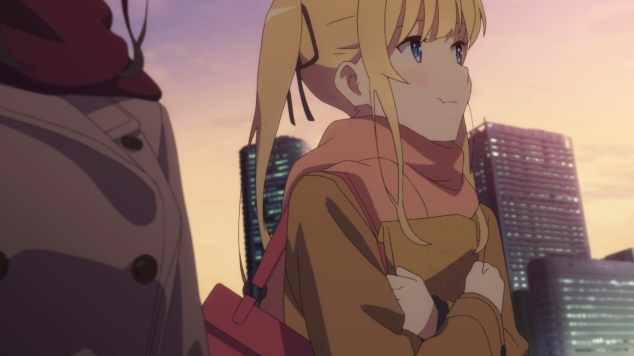 Ahem, anyway, when it comes to characters in these “creative shows”, I think I have found a clear differentiator that separates the “good” creator characters from the undeserved. You see, creator is a status, something you get from actually creating something. If you are a writer, you write. If you are an illustrator, you illustrate. If you are a musician, you music the heck out of stuff. Point is, if you are a creator, you need proof that you have indeed created something. In fictional shows, having a writer character might be tough because you’d have to essentially write a story within a story…well, you don’t really need to go that far. At the end of the day though, writers should have something to show for themselves, even if they’re fictional writers, and merely telling an audience that a character is a writer just isn’t good enough.

The saying isn’t “tell, don’t show”, and yet here we are with an anime that does just that. Eromanga Sensei is a lot of things, but a show that proves its characters to be what they say they are is not one of them. The show is a bit too idealistic, even for my wildly optimistic standards, as it presents itself with not one, not two, but three early-teenaged accomplished writers, that combined have sold millions upon millions of light novels. Now, I’m not too familiar with the Japanese light novel industry, so feel free to give me your insights if you have them in the comments below, but I do know that the industry is quite large, and in this age of technology and information I’m sure young authors could be able to carve out their niche and sell respectable amounts of copies. It’s not even out of the realm of possibility for one to get a major publishing deal, but all three? With sales in the millions? And all in a love triangle? With an even younger sister that’s a professional erotic illustrator? But I’m getting way off track. The important thing to take away from this is that they have sold “millions of copies”. “Millions”. This is one of the few identifying factors that Eromanga Sensei uses to let the audience know what these characters are. The movement of pen on paper, typing on a keyboard, handing over manuscripts, and the mention of their sales figures; this is how we as an audience are supposed to know that these characters are writers…and to be honest, it’s kinda lazy.

Eromanga Sensei relies on everything but actual writing to imbue us with a false sense of ability for these characters. The audience doesn’t witness real writing almost ever, and are instead supplemented with impressive sales numbers and the reactions of other characters to a given piece of work. You can’t even garner any useful information from most of the remarks being made by fellow peers—as if there would be no criticisms between professional authors, nothing wise or even a tad bit substantial to say when they read each other’s drafts. Instead, we get moments of like this: 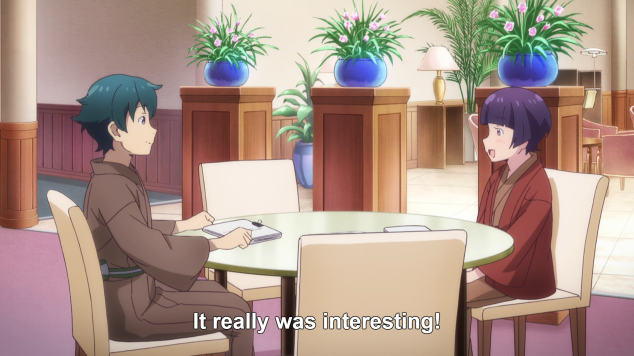 There’s a difference between talking the talk and walking the walk, and I’m glad at least one show this season understands that. Saekano Flat (that’s season two) really proved that its creator characters are actually creators. While the real production staff of the show didn’t build the entire visual novel that the show’s fictional protagonist group set out to make, they did give us more than enough glimpses and information on what the game was going to be. Utaha’s plot and themes are divulged, Eriri’s illustrations are shown (especially the crucial ones), Michiru…well, last season she had a performance, this season she just completely took a back seat, and Megumi actually acted out a part of the game during the school festival.

In Saekano, the characters feel like actual creators because their creations are demonstrated, not through montages, but through showing their meetings, practice, location scouting, and real, meaningful dialogue between the characters. These characters have something to truly show for themselves, which is more than you can say for the cast of Eromanga Sensei, whose work is never shown to us, the audience. And it’s this differentiator that divides archetypal ideas of characters from original, fleshed-out persons that not only have their dreams and their accomplishments, but everything in between.

4 thoughts on “Eromanga vs Saekano: Show, Not Tell”