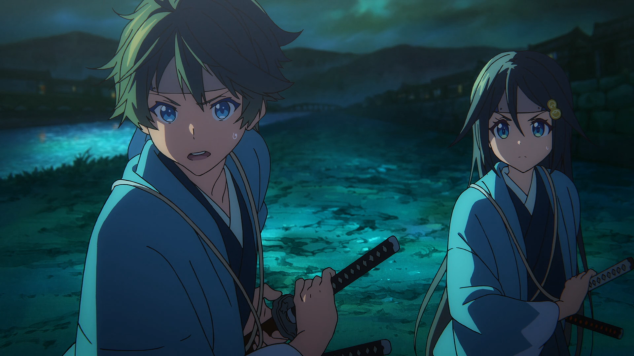 Man, this show is really reaching for straws when it comes to giving this group something to do week after week. Anything and everything that goes even remotely wrong at this school or in this town is automatically relegated to this team of high schoolers. But in this episode, there’s nothing going on to begin with. A random character is introduced and she asks the group to be part of her play. Apparently no one else in the entire school can or wants to do this. Okay. So now our protagonists are now staring in a period piece put on by the drama club, and it’s all fun and games until a phantom inevitably shows up.

Turns out that the Phantom is the girl who asked them to do this in the first place. What a twist! Then comes the all too cliché breaking in the middle of the play. Quite frankly, this is one of my least favorite tropes to ever exist. The actors break character but still say everything out loud for the audience to hear, and then they’re all like “wow, this is meta” or some crap.

It was at that point that I checked the time left in the show, thinking it was all but over, because that moment is usually used as a climax. But the show goes on and they finish the play, in the coolest most immersive way possible. The Phantom changes the stage and the cast is transported to Edo period Japan, where they are to complete the story. This makes for some sweet action and stunning visuals, otherwise known as “The KyoAni Special”. I’m coining that, right now.

Two very important things I noticed, or rather didn’t notice, was the chanting and exposition. Minase’s chanting is really annoying. The Human Encyclopedia needs to shut up. These are facts. And as far as I can tell, they were non-existent in this episode.

Now onto a new issue: Haruhiko needs to stop clumsily falling into Izumi. It was funny the first time, only because they did it in a comical and self-aware way. Now it is just getting routine and uninspired. Basically what I’m saying is: Step off my waifu. 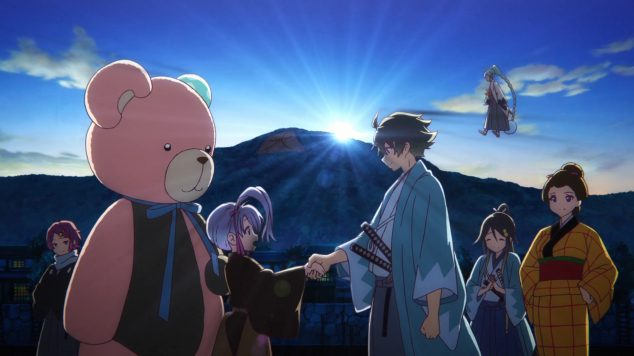 In the end, this felt like a fun, contained adventure with stunning visuals but not much else. I like these characters (with the exclusion of Haruhiko), but I feel this show has strayed too far from them since each of their respective episodes. There’s almost no way this show can be anything more than an action comedy show at this point, but that’s not necessarily a bad thing. But we’ll see where this show decides to go, as it seems to do whatever the hell it wants to.