I’ve talked about Tenga at least twice already from previous posts, and now with the season coming to an end I can say with utmost certainty: Tenga is a moody, teenage Kamina from Gurren Lagann. This isn’t a bad thing, and if anything, this is the only thing that makes him likeable as a character. Tenga-kun feels like he has a soul, which is something Kamina totally lacked. In Kiznaiver, Tenga is introduced as the brash, violent schoolyard ass-kicker with a heart of gold. He could’ve easily been the token bully in this story, but instead he goes and defends Katsuhira from thuggish brutes from the very beginning. Aside from not being a total jerk, Tenga’s other enjoyable/relatable qualities include but are not limited to: His style, his less-than-pushy attitude, his capacity for fear, and his emotional insecurities. Starting with style, I mean, just look at him! That chain, that watch, oh, and those shoes! I don’t know, I think he looks cool. Onto his pushiness, or lack thereof, Tenga never really forces himself into the spot light. He doesn’t interject very often, and when he does it isn’t to make himself the center of attention. No one likes the asshole that keeps interrupting others, and so I’m glad Tenga isn’t that kind of person. I’m also glad that Tenga fear, which was the crux of my argument for why Kamina isn’t a good character or human being. Fearlessness is overrated. Human beings have fear, and they should embrace that because it’s a crucial part of survival. And although what Tenga fears turns out to be kinda silly, and least he fears something, which makes him a person. Finally, his emotional insecurities wrap this character up in a neat little bow. He likes someone, and I totally called it in a previous post.

Nico has to be my favorite of the group. Besides just the overall adorability that this character personifies, I think she has an incredibly entertaining personality. Nico is weird, but it turns out she’s been actively trying to appear weird, which in and of itself is weird. She also refers to herself in the third-person, and I just happen to really like that in a character. Alongside Tenga, Nico seems to be the only other character with style. The rest just wear their uniforms (except for Yoshiharu, but I don’t really know what’s up with him). Nico on the other hand, looks and acts delightful. Her sweet and charming personality matches perfectly with her outward appearance, and it all blends well with what she really wants deep down: friends. It’s hard to believe she could ever have trouble finding some, but needless to say I would gladly jump through my screen and into her world to try and fill that void. Anyway, Nico is utterly fantastic and a much needed joyful spirit to even out the much more somber cast overall. And her voice actress is, in a word, exquisite. Katsuhira is an interesting outlier of the typical romance protagonist. Yes, he is the middle of a love triangle and yes, he seems to be blatantly uncompassionate to one side of that triangle, but there’s a difference here, damn it! Katsuhira is like those blissfully unaware harem protagonist that we all know and envy/hate, with the exception that Katsuhira isn’t an oblivious fool. He’s actually a little more observant than one might think, although most of his observations are on Noriko. But he has an idea of how Chidori feels about him too, thanks to that episode 2 confession. He just doesn’t know how to deal with it, due to his mysterious lack of compassion/feeling. He knows how she feels, but how could he possible understand those feelings? His main character trait is not having any, and that’s what makes him so interesting and unpredictable. All he really has is his search for the truth, and it’s a bit sad for Chidori, but this will obviously lead him to Noriko. 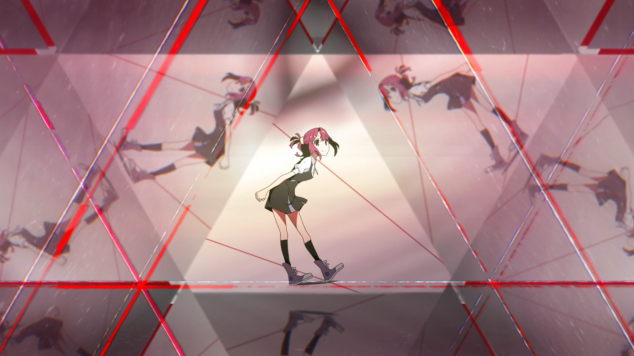 Chidori is a pretty basic childhood friend archetype at her core, and what makes her unique isn’t any specific personality traits of her own. What makes her special is what’s happening around her. The plot and the other characters force her to move onward, keeping her from staying the friend with a secret crush she could never admit. No, fuck that, said studio Trigger as they forcefully yanked that love confession right out of her chest. And then they just kept going when it came to making sure she’s staying true to herself. As the pain she feels piles up, and as all the embarrassing admissions start to weigh her down, she’s soon to be the first one to collapse, and through her ties from Tenga through to Nico, is sure to cause a domino effect for the Kiznaivers as a whole. Heheheh…a whole.

Now, because I don’t feel the other Kiznaivers hold as much weight as the others in the story, I’m going run through them real fast. Honoka had her time in the spotlight but then quickly faded back to being the cynical and somewhat snide character on the sidelines. Yuta likes her, and kinda drops his cool guy act for what seems to be the first group of real friends he’s ever had. His backstory, while simple, is pretty relatable and makes him more endearing/understandable as a person. Then there’s Yoshiharu, who just plain doesn’t add much to the group. That being said, he has an interesting, sort of symbiotic relationship with Katsuhira that justifies his existence. A person who can’t feel pain paired with a person who loves to feel pain, what’s not to like? Plus they seem to have interesting conversations with each other because they’re the only two with nothing to hide. Here are the rest of their pictures: 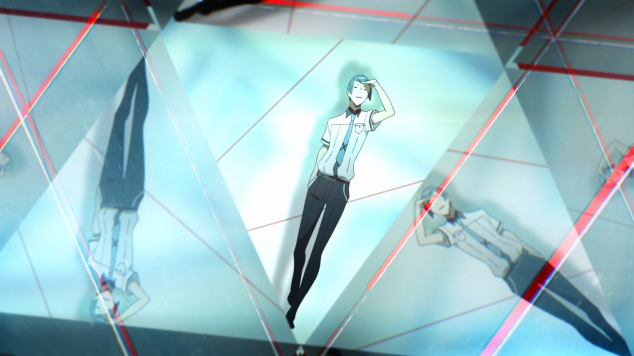 So that’s what I think about Kiznaiver’s cast of characters. I’ve been hearing a lot of mixed reactions toward them, some saying they’re too archetypal, but I’d beg to differ. I think Kiznaiver takes flawed archetypes and makes the best of them, making them not terrible like Kamina from Gurren Lagann :3. But what do you think? Do you like these characters? And how have you been feeling about the show as a whole? Heheh, I said “a whole” again. Thanks for reading, everybody.