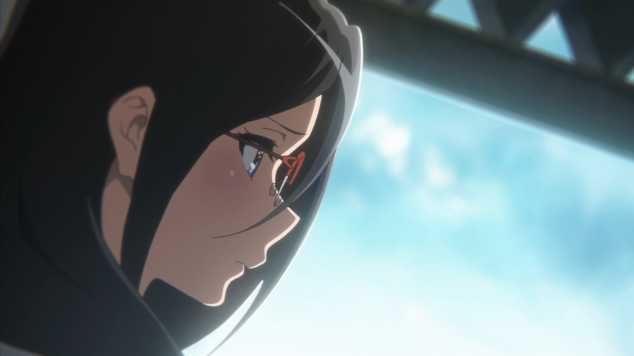 Alright. It seems like we’ve finally reached the last episode of Asuka’s arc. Quite a long and somewhat painful ride this has been. Painful, but in mostly the best ways. It’s been hard to watch Kumiko try to get close to Asuka, all while her older sister’s life falls apart due a decision made that oh so coincidentally happens to be similar to the situation Asuka is in now. Perhaps a tad blatant in its insertion, the themes of this arc are very strong, and quite humble in execution. Themes of the pressures of society, abandoning ambitions for something that everyone is expected to want, fooling ourselves with naïve ideas of adulthood, and avoiding the possible pinnacles of one’s regrets. Heavy and thought-provoking, I couldn’t be happier with the climax reached from these looming concepts.

Starting with Kumiko’s conversation with her older sister, basically everything of significance from that character got squeezed out on that kitchen table, filling Kumiko’s emotional measuring cup full of raw and honest words. Mamiko is full of regret, and offers herself up as an example of what not to do in life. She understands now, and voices out her faults, how she didn’t have the guts to choose her own path. Mamiko misunderstood what it meant to be an adult, expecting things to work out for the best by following a road map designed by her parents, and society by extension. Study hard, get into a good college, major in something that “guarantees” your financial stability and safe future. This is an ideal, normal life, and societal pressures tend to make it seem like straying from this guideline will almost always be a foolhardy mistake. 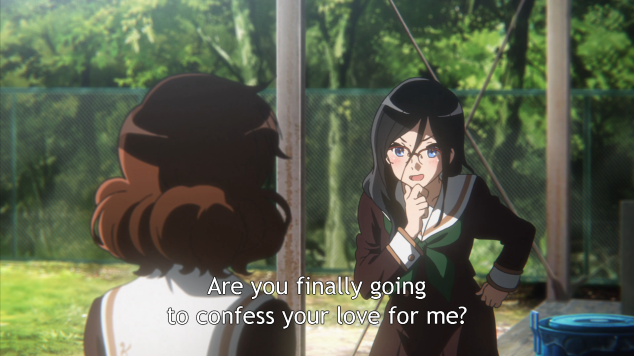 The real mistake however, is actually believing in this mindset and betraying your own dreams for a popular perception of reality. And now Kumiko has gotten to witness this first hand in her older sister, a despondent girl with much less of a future than she had a few years ago. She was flimsy and let her parents decide what was best for her, because that’s what she mistakenly thought growing up meant. Instead, Mamiko just ended up missing the most defining factor of being an adult: Taking charge of your own life. And so with all this in mind, let’s head on over to the main event of the episode.

Kumiko finally confronts Asuka, with predictable but nonetheless brilliant results. First, Asuka tears her down. Kumiko tries to go on the offensive first, backing herself with claims that everyone wants Asuka to come back. Tanaka-san trivializes Kumiko in the cold and concise way that only she can do, bringing up her acute and stingy observations of one’s character and smiling during it all. While she tries to come off as more playful than menacing, her sharp tongue and powerful intellect are more than enough to cut through the heart of any person. Kumiko remains stunned after Asuka’s remarks about her, how she’s so “wishy washy” and never sticks her neck out far enough to truly understand anything. 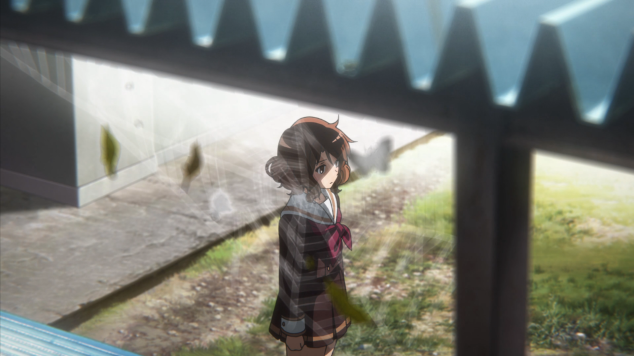 It’s at this point that Kumiko bursts into incredibly well animated tears, conveying a very bold sense of emotion through mainly the beauty of her facial expression and body language. Talk about showing off, KyoAni. Anyway, when all seems lost and Asuka’s about to walk away, Kumiko comes back with the rebuttal needed to turn this around. As if she knew exactly what I wanted her to say, Kumiko admits that she can’t speak for everyone. She doesn’t know what’s best for anyone. She only knows what she wants, and what she wants is to play with Asuka in the Nationals. Admitting and accepting one’s own selfishness is honest, and something Asuka of all people can wholeheartedly relate to. It’s not fake, unlike idealizing one’s self or one’s bandmates for the sake of proving a point. Saying something like what Kumiko said holds far more weight in a calculating mind like Asuka.

But what really breaks Asuka is hurling sharp observations right back at her, observations that could only have been made through the relation between Mamiko and Asuka. Because Kumiko (somewhere in her mind) fears Asuka ending up like her sister, she’s finally able to make a crack in her shell. Quit acting like an adult because you’re not one, stop pretending like there’s no other way and make a decision for yourself! I’m paraphrasing of course, but I think that was the gist of it. And after it’s all been said, we get a shot of Asuka’s knees starting to shake and a cheeky interaction between the two before Asuka gets called off to take her mock exam. 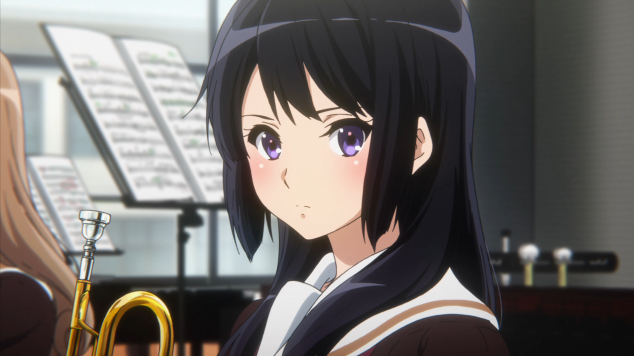 In the end, Asuka finally decides to stay committed to the band and everyone couldn’t be happier…except Reina. Just I had feared from earlier this season, Reina is feeling neglected because Kumiko has been spending too much time with other characters. Or at least it seems like that might be the case, as the episode just ends with a take of Kumiko glancing over at her in the band room and Reina having a disapproving look on her face. I really hope this doesn’t end badly for them…Damnit, Kumiko! Don’t screw this up! This is the greatest relationship I’ve ever-er, uh-you’ve ever had! Stop neglecting Reina!